Cause: You have set a minimum build version that is higher than the user has installed.

Either ask the user to update their app or reinstall it if an update is not possible. Another option is to remove this restriction from within the BuddyBoss App Plugin so they can continue using the app without the restriction. 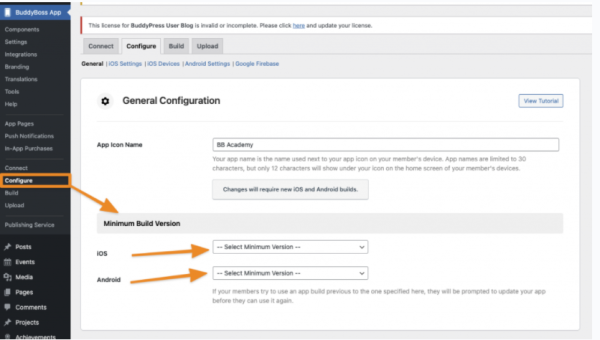 Realistically, the only reason you will need to set a minimum version is if you’re using an app feature that’s not possible with older versions, so for now, you could leave this as the first-ever released build to ensure maximum compatibility.

Did you find it helpful? Yes No

Send feedback
Sorry we couldn't be helpful. Help us improve this article with your feedback.